16 Days of Activism against Gender-based violence (GBV), is a worldwide call for the elimination of violence against women and children. It is run annually from November 25 (International Day Against Violence Against Women) to December 10 (International Human Rights Day). In the previous Compact Brief, we highlighted the CALL to ACTION for Business based on the UN Women Empowerment Principles.

We now reflect on three UN Global Compact participating Companies and the actions that these businesses are taking in workplaces, and communities to create awareness and in prevention of GBV.
Distell, a South African-based alcohol and beverage company, has developed the NION (NEVER IN OUR NAME) campaign. This internal CALL to ACTION, calls on men in the Company to take a personal pledge to never support any form of violence against women. This is pillar 1 of a 6-pillar approach which aligns to the Government’s National Strategic Plan. The approach includes the hosting of dialogues with men in Taverns (South
African colloquial for bars) in high-risk communities, supporting women with sounding alarms and assisting with maintenance of GBV shelters. In support of the Response, Care, Support and Healing pillar, Distell has distributed Dignity packs to GBV shelters and to assist women in the Economic pillar, the company has supported women-owned taverns through its Bansela programme and offered financial up-skilling. Key to Distell’s support of the final pillar 6, which is about Research and Information sharing, is the industry body association Aware.org. This is part of the holistic approach the company is taking to GBV awareness and prevention.

In the Pharmaceutical Industry, under the hashtag #AspenUNITE and #Stoptheviolence, Aspen Pharmacare has highlighted leadership voices from across the world in the need to stop what they call the “second pandemic” and inform Business why GBV is a Business and social prerogative. In addition to the sign-off and distribution of the company non-discrimination and anti-harassment policy incorporating sexual harassment, GBV and bullying, Aspen requested its employees across the globe to wear orange on the 25th of November in support of the United Nations Secretary General’s UNiTE initiative, an attempt to show a united Aspen in a future free from violence against women and children In following through with the GBV awareness campaign, they’ve also engaged Academia on relevant research and are committed to creating a safe and inclusive work environment including putting in place meaningful measures to protect and support employees.

Lastly, we highlight Anglo American’s commitment to “re-imagine mining to improve people’s lives”. Through partnerships with host communities, working groups such as the Minerals Council of South Africa, and various NGO’s and engaging faith and traditional leaders, Anglo American is integrating gender-transformative components in all community work. This includes continued funding of evidence-based initiatives that create safe homes, schools and communities. Additionally, against the backdrop of a fictional mining community, the company has developed a radio drama recorded in seven of South Africa’s official languages to promote GBV awareness and prevention. Anglo American has subsequently made tangible commitments to the UN Generation Equality Forum Coalition on GBV which include commitment to actively contributing to and building collaborative partnerships and advocacy mechanisms with national and global stakeholders in governments, civil society, the research community, and within private sector networks.

As the GCNSA, we acknowledge private sector’s efforts and encourage business to take a holistic approach to protecting employees and the most vulnerable. Business can do so by making the UN Global Compact Ten Principles foundational and leveraging the UN Women Empowerment Principles as a framework for action. 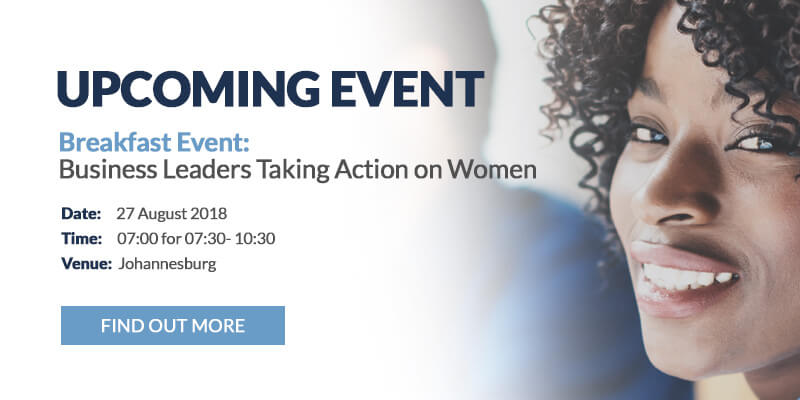